After a generous donation of the 2012 service time totals, we've gotten the 2012-13 off-season payroll tracking off and running.

These presentations show the following for each team.

Again a big thanks to MLBTradeRumors for the information on arb eligibility and if you want serious contract detail check out Cot's Contracts at Baseball Prospectus.com

END_OF_DOCUMENT_TOKEN_TO_BE_REPLACED

Posted in Announcement, Baseball-Reference.com, Data | Comments Off on Updated Team and Player Payroll and Contract Tracking

With the 2012-13 regular season in full swing, you might want to check out the Basketball-Reference Play Index. In case you don't already know about the PI, it's a set of research tools that allow you to create customizable queries on our database, save the results, and share them with others. With the PI, you can:

Also, take a look at the Play Index Plus for even more data-searching goodness. The PI+ lets you sift through the play-by-play data of every game since 2001, making it possible to look for specific events, lineup data, and shooting stats (including clutch shots and shot breakdowns by distance).

Best of all, these features are 100% free to use! So go ahead, give them a try, and you'll wonder how you ever got along without them.

The 2013 NFL Hall of Fame ballot is now here, complete with career stats and AV.

Several users have asked about how players qualify for the national, conference, and career leaderboards, so we've added a page to explain the minimum requirements needed to show up on those lists. Currently, they are as follows:

A little while ago, the Baseball Hall of Fame released the names that will be on this year's BBWAA ballot. Apropos of that, here are the Hall of Fame features we currently have for your browsing pleasure:

Please enjoy these features in this, the craziest of all Hall of Fame years.

We now have current NFL playoff seedings (after some extensive tinkering and constant referencing of the NFL's playoff tiebreaking procedures) which we will keep up-to-date from week to week, including the reason one team may be chosen above another with the same record. Look for it to be updated after each game day and keep an eye on your team's chances!

In light of yesterday's post about a cool trick for comparing player stats side-by-side at Baseball-Reference, here's the same feature (more streamlined, in fact) at Basketball-Reference -- the Play Index Player Comparison Finder:

Do you want to compare Michael Jordan and LeBron James's career stats to see who's the GOAT? Arguing with your friends and want a quick way to check whether Patrick Mahomes or Josh Allen had better stats last season? You can quickly and easily compare player stats with the Player Comparison Finder, a tool on Stathead! Check it out:

Using the Comparison Finder to make your own comparisons is extremely easy! First, start typing the name of the player you want to look at. When you see their name come up in the search engine, click on them. 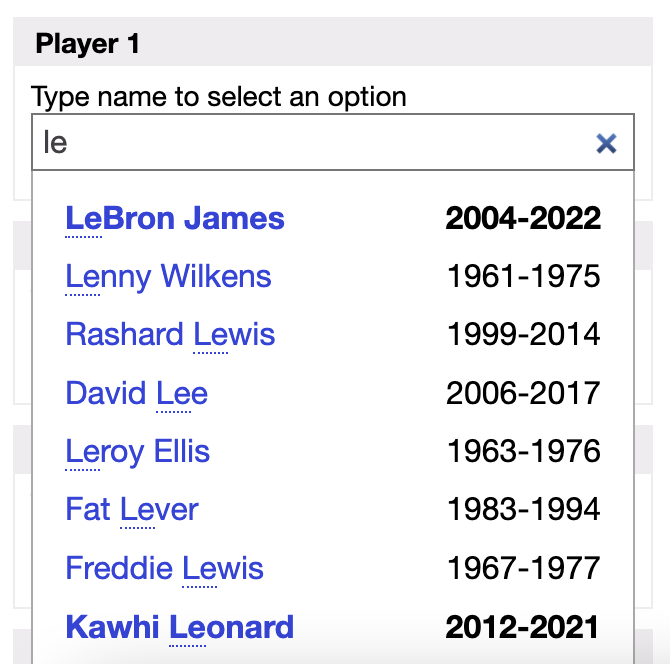 Once you've selected the players, you can choose whether to look at a single season, an entire career, or a range of seasons (like a player's first five years) 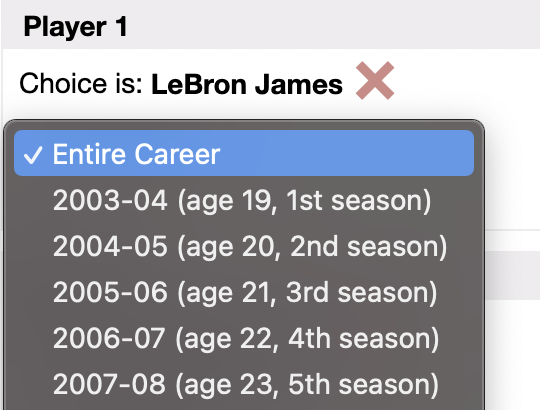 Explore your own comparisons now with Stathead's Player Comparison Finder: